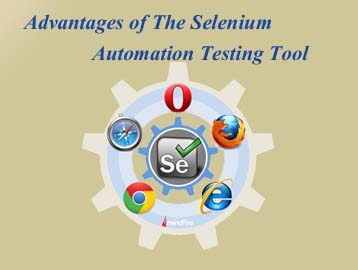 Testing professionals use a variety of test automation testing tools to test web applications. Automated testing has made the process much simpler and faster manual testing. It has accelerated the testing process as well as improved efficiency. Selenium is the most powerful open source automation tool available at present Advantages of The Selenium Automation Testing Tool.

Based on Java scripting to a large extent, the tests run in the browser. like, Internet Explorer, Mozilla, and Firefox on Windows, Linux, and Macintosh. There is rarely any testing tool which covers such an array of platforms. This tool has made it easier to check web applications without putting in extra time and efforts. Here are some important Advantages of the Selenium automation testing tool.

Flexible and Easy to Use

Selenium offers an interface to create and execute test suites. The open source nature of Selenium allows the user to write his own extensions. It is resilient and supports flexible test architecture. The add functionalities to the test cases and framework and tool project rule .

The testers have written test scripts performance of a web application different browsers. Selenium allows writing the script once. and run it on many platforms as well as browsers to test the web application. These way complex web applications tested without increasing the test cycles.

It allows the testers to use many Integrated Development Environments. such as Visual Studio, Net beans, and Eclipse. The features of frameworks combined with Selenium for a rich and user experience.

It offers all the advantages open source software offers. The includes no licensing cost and is easy to customize as per user request. It is still under development and many active contributors in the user forums.